The State of the Industry: A Mid-year Look at Transportation and the Economy

At Transplace’s recent Shipper Symposium, a diverse group of shippers, logistics experts and analysts came together to discuss the latest industry trends and obstacles faced by supply chain and transportation professionals, and identify strategies for addressing these issues and improving operations. During the event, we had the opportunity to examine how the transportation world is shifting and what it all means to attendees’ business strategy. Below are some highlights on the state of the economy and transportation industry from the insightful discussion.

What is the current state of the economy?

A popular question in today’s market is, “Why is the economy not growing and it feels like the recovery has ground to a halt?” Currently, the US economy feels as if it’s fairly stable, but over the last 18 to 24 months, we have hit a global commodity bubble. Over this timespan, we have seen a decline in a number of key commodities. Not only has oil and gas burst as a commodity, but corn, wheat, copper and lead “commodity bubbles” have burst as well.

Additionally, from mid-August to the end of August, there was a worldwide material decrease and drop in demand, which could be seen in the GDP. It is also interesting to frame up this discussion in terms of capacity in recent years – something that is never quite certain. Capacity tightened up in 2014, but then loosened again in 2015. Now, in 2016, the industry is seeing recessionary levels of excess truckload capacity similar to those of 2009.

How much excess capacity is there today?

The answer to the quantification of capacity is more art than science. For example, capacity is different in June compared to February and Wednesday’s capacity is different than Friday’s. But to understand the current state of truckload capacity, we need to go back to January 2015. At that time, the market was short about 4-5% of trucking capacity. The Hours-of-Service (HOS) restart relaxation on December 30, 2014 added about 3% of effective capacity back to the market. And fleets grew overall at least 5% last year – all of this implies excess capacity is at 3-4%, before demand is factored in. Freight volumes are up a little with lackluster economic growth, which leaves an implied excess capacity of 2-4%. A 2-4% capacity change up or down is seismic in the trucking industry.

The largest TL carriers are growing faster than others

The largest less-than-truckload (TL) carriers continue to add capacity at a faster rate than the next tier of carriers, taking advantage of a more favorable pricing and truck utilization market and low interest rates. Data from Avondale Partners indicates that from 2008-2012, the four largest TL carriers (Hunt, Schneider, Swift and Werner) reduced capacity more quickly than the next 7 largest carriers during the recession and then added capacity more slowly through the tepid post-recession recovery.

However, that changed in 2013, with the largest carriers adding capacity at a significantly faster pace (10.2%) than the second-tier group (3.3%). That pattern continued in the first quarter of this year. Despite the addition of trucks, the largest TL carriers collectively have 5% fewer trucks on the road today than they did at the end of 2007. The second tier have added 3% to their collective capacity over that time frame, but have not added as many trucks as the largest carriers have cut.

The biggest carriers may have behaved more conservatively during the contraction and the slow-growth recovery, but they may become more aggressive when stronger expansion occurs as they have the financial ability to add trucks. There is a belief among trucking industry executives that freight volumes should continue to steadily grow over the next few years and that pricing power will eventually return to the carriers.

Additionally, the lack of growth among the second-tier carriers is likely a result of the recent stagnation of TL rates and uncertainty over the effects of federal regulations like the new HOS rules. The largest carriers are the most capable of absorbing regulatory shocks and the associated increased pressure on margins.

Despite the recent large carrier capacity additions, shippers must continue to develop strong relationships with the second-tier of asset-based carriers because they will grow quickly once they gain more confidence that the pricing environment has tipped in their favor. Shippers should also be using one or two large 3PLs or brokers to gain access to the tens of thousands of small carriers that are always seeking to gain market share, but lack the sales resources and name recognition to do so directly.

GDP growth doesn’t create as much freight as industrial production (IP) growth. Let’s assume that IP is negative in 2016. It was negative in 2015. What is the likelihood that it will be negative in 2017, a third year in a row? Since 1934, there has never been a period where IP was negative three consecutive years in a row. Therefore, when we think about 2017, the odds overwhelmingly favor an IP recovery, resulting in more freight and tighter capacity. Industrial production is going to continue growing with 2017 growth predicted to be over 5%.

Diesel prices and a spending boost

Fuel prices have plummeted, before the most recent bounce back, and that collapse in gas prices has translated into a boost in spending, but one that is rather hidden. The gas “tax cut” has been favorable; however, just not in the ways that are normally recognized. For example, people are spending more on food and experiences overall, and spending on both restaurants and entertainment such as sporting events and concerts is on the rise. However, rising healthcare costs are also partially negating this spending boost.

According to FMCSA, CSA/SMS fix is two years away

Transportation Secretary Anthony Foxx has testified in Congress that it would take two years for FMCSA to complete its review of CSA as mandated by the FAST Act. The law required that FMCSA remove SMS online scores until the review was completed. After immediately removing SMS percentile scores and alerts from the Web, FMCSA exploited a loophole in the law by posting raw SMS scores without percentiles or alerts. FMCSA then doubled down by communicating its proposed new Safety Fitness Determination rule that is based, in part, on the flawed CSA/SMS program.

Although though FMCSA admits it will take two years to remedy the flaws in the SMS system that have been pointed out by the General Accounting Office, Inspector General and others, it still intends to utilize the system to put some unlucky carriers out of business with an “unfit” safety rating.

The commentary period is now closed, but numerous industry participants have strongly objected to the proposed rule and Congress is considering legislative action that will prevent the rule from being implemented. Time will tell. 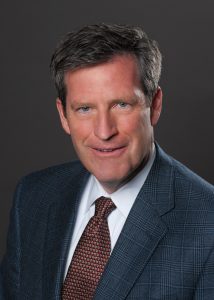 A 34-year veteran in the logistics technology, third party logistics (3PL), and transportation industries, Mr. Sanderson is CEO of Transplace, a premier provider of transportation management services, intermodal, truck brokerage and SaaS TMS solutions. He is the author of the Transplace Blog, regularly writing and reporting on economic and legislative changes related to transportation. Prior to joining Transplace, Mr. Sanderson was president and CEO of Clicklogistics, which he sold to BNSF and YRC. Mr. Sanderson was co-owner and president of PTCG, Inc., the company that invented optimization-based transportation procurement with its OptiBid software. He sold PTCG to Sabre, who sold it as Logistics.com, and it is now operated as part of Manhattan Associates. Mr. Sanderson worked eight years in the trucking industry, serving as president of J.B. Hunt Special Commodities, Inc., Vice President of Marketing for J. B. Hunt Transport, and Vice President of J. B. Hunt Logistics (now Transplace). He held marketing and IT roles at Schneider National. He has six years of consulting experience with Mercer Management Consulting and Andersen Consulting (now Accenture).

PrevPreviousThis Week in Logistics News (July 4-8, 2016)
NextWhen You Focus on Getting the Best Deal Instead of Developing the Best RelationshipNext