The Right Time to Become an Entrepreneur 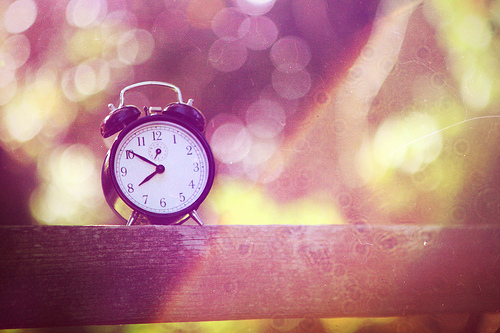 When’s the right time to become an entrepreneur?

That was the question I was asked most often by supply chain young professionals at a conference a few weeks ago. The young professionals rotated from table to table to speak with different executives, and I was the executive at one of the tables. And with each new group that visited me, there was at least one young professional who wanted to know why I became an entrepreneur and when was the right time to go on that journey.

My short answer: We all have our reasons, and there is never a right time.

It’s been more than three years since I left the comfort of a relatively secure job and paycheck. My father was an entrepreneur; he and my uncles came from Cuba with nothing, and through much hard work and sacrifice, they bought a bodega in Brooklyn and became their own bosses. But it was still hard, manual labor — 14 hours a day, 6 days a week, 50 weeks a year — which is why my dad wanted me and my sister to get a college education, so we wouldn’t have to do “this animal’s job,” as he once put it.

My father passed away from lung cancer in August 2008, the day after my birthday. In one of our last conversations, he reiterated something he had been telling me for years, something I had already been thinking about: If you see an opportunity to be your own boss, take it — be the master of your own destiny.

Two months later, the financial crisis hit, the economy went south, and I was just grateful to have a job. Why take the risk now, I asked myself, when there’s so much uncertainty in the air.

As the weeks went by and the recession rolled on, several people I know were laid off from their jobs. They all shared a common story: they were in their mid fifties, making good money, with kids in college, and they all felt safe and secure in their jobs, until they arrived at work one morning and were told not to come back. And in the months and years that followed, they all struggled to find a job, at least one with similar pay and stature.

As I neared my 40th birthday, I realized that could be my story too in 15 years, and that is why on December 1, 2010 (after much discussion with my wife and her support, since I was the only income earner at the time, and we have four young children), I left a good paying job where I had worked for 12 years to write my own story, make my own luck.

How’s it going? It’s like rolling a large boulder uphill, day after day, but every minute and ounce of energy I expend to reach that summit, where I am the master of my own destiny and the only people who can fire me are my clients, is fulfilling beyond words. I have no regrets, and no intention of going back.

There is no right time to become an entrepreneur. If I had pursued this journey in my twenties, before I was married and had kids, before I had a mortgage and other bills to pay, there would have been much less risk. I would have had more time and energy to go on this journey. But I also would have lacked the work experience, and more importantly, the relationships with mentors, prospective clients, and business partners that are so critical in starting a new venture.

I shared something else with the young professionals: you don’t have to quit your job to be an entrepreneur. You can be an entrepreneur within your own company. Don’t sit around waiting for opportunities to come to you, for your manager to assign you your next project. Be proactive — identify an opportunity for innovation, do the research and build the business case, and then present it to your management team and say, “I am ready to lead this effort.” Not all of your ideas will get the green light, but a company that encourages and supports this type of internal entrepreneurship is a company worth working for.

But if you find yourself in a company that stifles your creativity and enthusiasm, a company that doesn’t cultivate a culture of entrepreneurship, then it’s time to move on to a different company — or if the time is right for you, to write your own story, make your own luck.