According to anecdotal evidence, carriers look at shipper behaviors before deciding which company’s freight they will haul; favored shippers are also rumored to receive better rates. Researchers at Iowa State University analyzed data provided by C.H. Robinson and TMC, a division of C.H. Robinson, to test whether or not commonly mentioned shipper attributes actually affected price and service.

The conclusion: there is a strong link between transportation rates paid and dwell times over 2 hours, as the table nearby shows. The complete results have been published in a new white paper, “Do ‘Favored Shippers’ Really Receive Better Pricing and Service?”

Dwell time is an important measure that influences a carrier’s ability to utilize assets and compensate drivers. A two hour average dwell time at the origin increases the freight rate for every load shipped from that origin by an average of $9.83 (in addition to any detention charges). This rate continues to increase with dwell time. If a shipper detains trucks at origin by three hours on average, they can expect to pay $14.74 more per load than if the origin dwell time is less than two hours.

Moreover, the cost of dwell time at the shipper’s facility is only part of the total additional freight rate due to long dwell times. Dwell time cost at the consignee contributes, incrementally, to freight rates. For example, if a shipper detains a truck for three hours at the origin and a consignee detains the same truck for three hours at the destination, the dwell time of the origin-destination pair increases the total freight rate for that shipment by an average of $44.54, not including any detention charges.

The research also showed that the effect of dwell time on freight rates varies by region. The two regions with the longest dwell times are the South East and the South West. Yet, carriers don’t seem to penalize shippers for dwell times in either market, probably because there is so little freight available in these markets that carriers are willing to wait.

Attributes other than dwell time may impact freight rates in specific lanes or relationships, but a model developed to evaluate several different shipper attributes found no generalizable relationship between the shipper attributes and freight rate. Dwell time was the only major shipper characteristic found to have a direct effect on freight rates. This finding is consistent with structured carrier interviews suggesting that carriers focus on 2 primary metrics when they price: how to get more revenue-generating miles and how to get more revenue-generating hours. Reducing dwell time increases both metrics and driver and carrier asset utilization.

Favored shipper characteristics are likely to have a lagging effect on transportation costs. That is, if a shipper decreases dwell time, the impact will be realized in the transportation rate only after carriers notice the change and realize the benefits. Shippers would be well served to work with carriers when implementing dwell time reductions and loading improvements.

Find out more about this research by reading the white paper, “Do ‘Favored Shippers’ Really Receive Better Pricing and Service?” 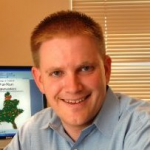 Bobby Martens is an Associate Professor of Supply Chain in the Iowa State University College of Business. Before earning his Ph.D., Martens worked as an account manager at Schneider Logistics.