It’s both an interesting and rather chaotic time in the intermodal market. The electronic logging devices (ELD) mandate is in full effect, and there have been some widespread market changes as a result. For carriers, with the new ELD regulations come subsequent training needs and changes to drivers’ hours – creating a number of additional costs, which are in turn being passed along to shippers. So, what can shippers do to combat the ongoing market challenges of 2018?

According to the Journal of Commerce, the ELD mandate is “making a bad situation worse for shippers,” and forcing them to “pay more, speed up loading and unloading, and dig deeper into routing guides to find capacity.” Due to the restrictions placed upon carriers by ELDs, the farthest freight from the ramp is being scrutinized in the drayage community, and these carriers are exercising choice when it comes to longer haul lengths. This is having a direct impact on capacity and rates, and rates on length of haul are steadily increasing – the drayage space is seeing cost increases from 3-10% that are purely associated with the ELD mandate.

Additionally, carrier preference has swung toward local freight (i.e. within 100 miles), which has caused a strain in some markets. From a carrier perspective, if a driver has a longer route and has to take an overnight due to the ELD mandate, that automatically increases the carrier’s cost for that particular load. Truckload routes are getting shorter as a result, and shippers with longer routes may need to turn increasingly to rail and intermodal options.

From a rail perspective, it has been a shipper market for years, but that is beginning to change. There have been significant rail increases recently – some modest, others in double-digit percentages. When coupled with drayage increases, this becomes a perfect storm of higher costs. Shippers are now seeing widespread increases of 3-15%, and every intermodal move is going up in price to a degree. And don’t expect this trend to change anytime soon; in fact, many railroads and carriers anticipate that surge charges in constrained markets, such as Chicago, Southern California, Northern California and the Pacific Northwest, will be the highest seen in many years.

The need to secure adequate capacity (and mitigate the cost increases) has led shippers to go to market much earlier than usual – and the result is capacity tightness much earlier than usual. On the West Coast, the capacity market already resembles the norm during peak season in August, setting the stage for potentially an even greater shortage (and higher rates) later in the year.

Despite the increases from the railroads, it’s best for shippers to not revert back to over-the-road (OTR), which may be higher in cost and come with extra charges, and additional OTR traffic will exacerbate the capacity shortage. Rather, it’s important to try and find cost savings in other ways.

Continue to Plan Ahead

It’s important for shippers to know that these capacity issues are likely going to continue, and this tumultuous landscape will become the transportation norm. It’s critical to not only address short-term capacity needs, but to plan ahead and start locking in the capacity and look to broaden carrier portfolio now for the soft season later this year.

Shippers should also consider partnering with a third party provider to help them more effectively navigate these challenging market conditions. A non-asset provider can help absorb loads and divert traffic from one railroad to another to give customers an alternate choice when disruptive events occur. The fact remains that costs are not going away in 2018 – there’s no indication of rate savings on the horizon, so it’s important to be prepared. 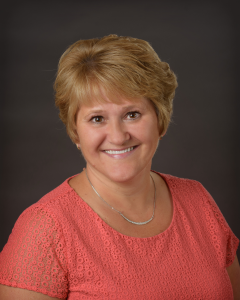 Kelly St. Aubin is Vice President of Strategic Sales for Celtic Intermodal – Transplace’s intermodal business unit. St. Aubin has more than 20 years of experience in crafting value focused solutions in the transportation, logistics and supply chain industry. Prior to her role at Celtic, she spent 14 years at Schneider National where she held several leadership roles including Director of New Business Development, Customer Service Manager and Regional Sales Manager. Her focus on new business initiatives earned her several recognitions including Schneider National’s President’s Club and the Robert S. Protzman Award for Sales Excellence in 2014. St. Aubin holds a bachelor’s degree from Midstate College.

PrevPreviousHighlights from 3Gtms Innovate 2018 User Conference
NextThis Week in Logistics News (May 7-11, 2018)Next