On my morning walks to grade school, I would pretend to be an astronaut, jumping in zero gravity over the sidewalk cracks, my backpack filled with oxygen. Some mornings I would ride my rocket ship, evading asteroids and alien cruisers along the way, and I would barely make it to school on time (I mean, the space station), with just enough fuel to make a safe landing.

Astronaut — it’s what I wanted to be when I grew up. I’m surprised it still makes the list for kids today, considering it’s been more than five years since the last space shuttle mission. Then again, gazing at the stars and planets and wondering what’s out there is an ageless human tradition (maybe for other animals too). The sky and what’s beyond, an endless source of creativity and imagination for kids and adults alike.

Thank you John Glenn for your bravery and spirit in helping us reach the stars, and for inspiring future generations of astronauts and space travelers. Journey on.

Back here on Earth, this week’s supply chain and logistics news…

Trucks might not be as sexy as space ships, but that’s not stopping entrepreneurs from imagining better ways to build and power them. Last week, for example, Nikola Motor Company unveiled The Nikola One, a Class 8 zero-emission hydrogen-electric truck that will be in production by 2020. Here are some details from the press release: 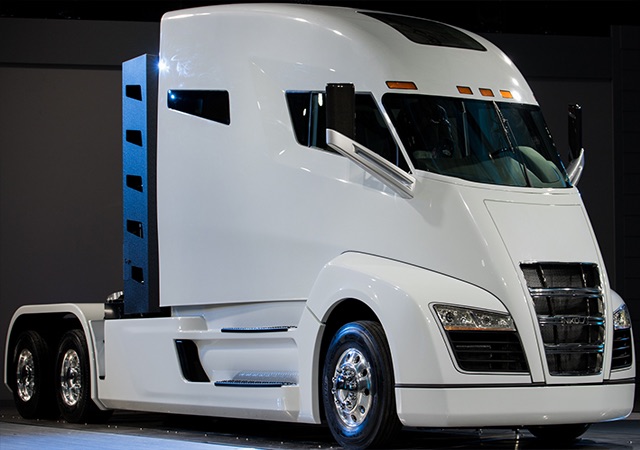 The Nikola One utilizes a fully electric drivetrain powered by high-density lithium batteries. Energy will be supplied on-the-go by a hydrogen fuel cell giving the Nikola One a range of 800 – 1,200 miles while delivering over 1,000 horsepower and 2,000 ft. lbs. of torque – nearly double that of any semi-truck on the road. Never has a production model class 8 truck achieved best-in-class fuel efficiency while also dramatically improving performance over its diesel competition – all with zero-emissions.

As with all diesel alternatives, the challenge is creating a large enough network of fueling and maintenance facilities across the country to power and support these trucks. It’s a chicken and egg problem, but if the truck and hydrogen/electric technologies perform as promised, and the economic benefits are proven, the trucking industry and investors will embrace it — and these trucks will be part of a new era in trucking, along with their driverless cousins.

In related news, the Wall Street Journal reported yesterday that “officials in Colorado are planning a public-road test of battery-charging technology capable of powering electric trucks while they drive.” Here are more details from the article:

In the pilot project, believed to be the first of its kind in the U.S., vehicles equipped with “receiving coils” will draw power from another coil buried in the road. The Colorado Transportation Department and infrastructure developer Aecom Inc. are scouting potential sites, including busy roads near Denver International Airport, with a goal of launching in 2018.

Heavy-duty electric trucks remain a rare sight on highways, in part because they need to make frequent stops to recharge and must carry heavy, expensive batteries. The pilot’s developers say their goal is to extend the distances electric trucks can drive and reduce the bulkiness of in-vehicle batteries.

In short, diesel pumps have a huge target on their back, but is it too soon to predict their demise?

Bicycles get no respect as a delivery mode, at least here in the U.S., but they’re a player too, and if UPS has its way, we’ll be seeing its eBike evading cars and potholes on urban streets soon. According to the press release:

This new electrically-assisted tricycle began delivering packages in Portland, Ore., on November 21. UPS anticipates this eBike prototype could become a component of its delivery capabilities in some other cities across the country. The deployment of the eBike is part of UPS’s ongoing commitment to reduce carbon emissions as city populations and e-commerce grow, and traffic, noise and air quality challenges continue to rise.

The eBike is equipped with battery-powered electric motors that makes it possible to cover further distances, carry substantial loads, and navigate hills and other terrain. Maximum energy efficiency is achieved when combining battery power and human power simultaneously. The eBike can be operated solely on battery power or pedal power. During the testing phase, UPS will evaluate the reliability, design, integration to the city’s infrastructure and acceptance of the vehicle. If successful, UPS envisions additional eBike deployment and testing in 2017.

If UPS is looking for a way to get some of these eBike riders in shape, I have a recommendation: have them join our Logistics Leaders for T1D Cure bike team! Not only will they get in great shape and have fun, they’ll be supporting a great cause too!

Finally, in technology news, Descartes Systems Group and MyWebGrocer (MWG) announced that they have launched “a combined solution that helps grocery retailers support the customer ecommerce experience from online purchase through home delivery.” Here are some details from the press release:

Just another example of an emerging trend I’ve been talking about: the convergence of commerce and logistics.

Song of the Week: “Rocket Man” by Elton John

PrevPreviousPool Distribution: The Speed of Parcel at the Cost of LTL/Truckload
NextYour Supply Chain Strategy is Your Business Plan (Unless It’s Not)Next