Transportation has been referred to as a “perfect market,” meaning no single party controls the entire market enough to affect rates. Instead, the market fluctuates based on supply and demand. If supply (equipment) is abundant and there is less freight available, rates go down; if capacity is tight and shipment volumes are greater, prices go up. How do these ebbs and flows in the market impact carrier-shipper relationships?

Carriers respond to market demand in different ways, though it is common to base decisions on the strengths of their relationships with shippers. Some turn to the highest bidder for their equipment, whether the bidder is an existing customer or not. These carriers often ride the waves of regional freight demand driven by produce and other seasonal items. The pricing pendulum swings further, and faster, during these market shifts than for other types of carriers.

When equipment becomes scarce, other carriers may shift their equipment to transactional customers who will pay higher spot market rates. Some carriers will show a preference to customers with higher contracted rates than shippers with larger volume and lower contracted rates. Many carriers remain loyal to their shippers during market shifts, especially if the shipper shows a willingness to adjust and re-negotiate rates that more closely reflect market realities. This enables the carrier to remain profitable, and the shipper does not have to go to the spot market and potentially pay higher rates.

Of course, shippers do need to be cautious about how often they renegotiate rates—too often, and they’re just playing the market; too little, and their rates will become stale. But a give and take approach, when appropriate, can foster a foundation of trust and loyalty that enables both parties to maintain their businesses in up and down markets.

This is not to say that rates should be renegotiated every time the market swings. But if both shippers and carriers try to seize the advantage when the market swings in their favor, neither party has much stake in remaining true to their commitment in the long run. In reality, neither carrier nor shipper can truly swing the market in their favor. Shippers can bring added stability to their freight spend by remaining loyal to those carriers that consistently move their freight and provide good service levels. Carriers are more likely to reciprocate and remain loyal to the shipper in return, bringing stability to their own networks. 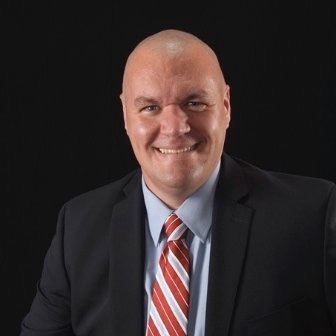 Bob Biesterfeld is Vice President of North American Truckload at C.H. Robinson. He joined the company in 1999 and was named Vice President of North American Truckload in October 2013. In his current role, Bob has responsibility for C.H. Robinson’s strategic direction of North American truckload services, which includes carrier management, encompassing van, temperature control, and flatbed. In addition, Bob has oversight of standard operating procedures, quality standards, as well as alignment of carrier pricing and bid management to organizational sales and account management strategies. Previously, Bob served as vice president of sourcing and temperature controlled transportation services. In addition to his role at C.H. Robinson, Bob sits on the Produce Marketing Associations floral committee and is a member of the United Fresh Wholesaler/Distributor board. Bob holds a bachelor’s degree from Winona State University.