Hundreds of Cafe Bustelo cans washed ashore in Florida this week. When I saw the photos online, the first thought that popped into my head was, “This is like manna from heaven for Cubans like me who grew up drinking cafe con leche.” 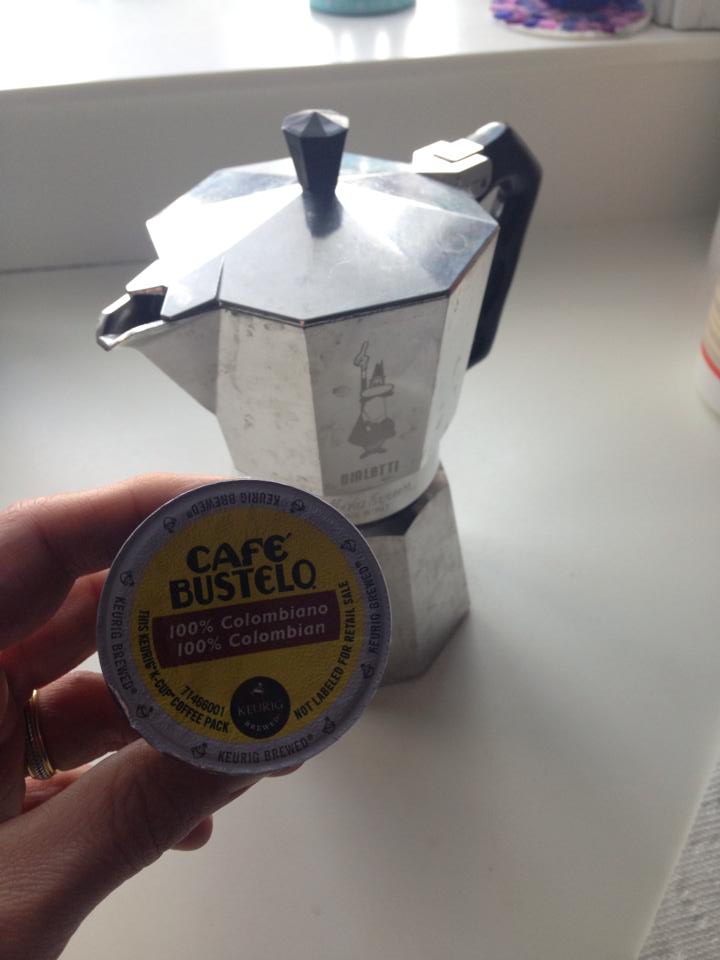 My father sold Cafe Bustelo at our family bodega, and if you opened the cupboards at my parent’s house — and the cupboards of all our relatives and friends — you would find those iconic yellow cans stacked high and wide, usually next to the cafetera.

I’m sad to say that my cafetera doesn’t get much use today, and there are no Cafe Bustelo cans in my cupboard. They have been replaced by the Keurig and K-cup. I admit it, the cafe con leche is not as good as my mom’s, but I’ve traded taste for time and convenience. After seeing this sign from heaven, however, I think I’ll dust off the cafetera this weekend, buy a can of Cafe Bustelo, and brew myself a cup of my childhood.

Now, on to this week’s supply chain and logistics news…

This year is coming to an end the same way it began: with big acquisitions in the logistics space. In the rail industry, a takeover battle is brewing, as Norfolk Southern Railway pushes back on Canadian Pacific’s bid to acquire it. Meanwhile, in the ocean industry, CMA CGM announced this week that it is acquiring Neptune Orient Lines (NOL) for about $2.4 billion in cash (pending approval by U.S., European and Chinese regulators). Here are some details from the press release:

This acquisition would enable CMA CGM to reinforce its position in the container shipping industry, and achieve the following:

CMA CGM has a leading position on the Asia-Europe, Asia-Mediterranean, Africa and Latin America routes, whilst APL [one of NOL’s operating brands] is strong along the Transpacific, Intra-Asia and Indian subcontinent shipping routes. The enlarged entity will strengthen its position on strategic shipping routes, especially in key markets such as United States, Intra-Asia and Japan, and will boast a balanced trade portfolio. Following the transaction, the combined group would hold market shares from 7% to 19% on the routes on which it operates.

And this morning, the Wall Street Journal reported that “China’s policy-making State Council has approved a restructuring of the country’s two biggest shipping companies, as the nation seeks to create a stronger competitor in the global shipping industry.”

In short, the ocean industry has been struggling financially for several years (see my November 2013 post, What’s Going On in Ocean Transportation?), and with overcapacity still around 30 percent and slow economic growth, ocean carriers are looking for new ways to save money and become more productive.

Moving on to trucking news, Amazon is not just investing in developing drones; it’s also investing in old-fashioned truck trailers too. According to a report in Re/code:

The trailers won’t be used to deliver packages to customer doors. Instead, they’ll be utilized to transport items from one Amazon warehouse, known as a fulfillment center, to another, as well as between fulfillment centers and sort centers, where Amazon organizes orders by zip code to be delivered to local post offices. A spokeswoman stressed that Amazon would continue to rely on existing trucking partners, which own and drive the tractor portion of the vehicles that will tow the Amazon trailers.

Why is Amazon investing in truck trailers? I believe it’s for the same reason the company has invested in its own private fleet and other logistics assets: to gain more control over its fulfillment infrastructure. I still believe in the hypothesis I put forward last year in Keeping Control: What 3PLs Must Convince Their Customers: that as manufacturers and retailers start to view logistics as a core strategic function, their desire to take more control will increase, and so their desire to outsource will diminish.

The other big news in the trucking industry this week was that the Federal Motor Carrier Safety Administration (FMCSA) issued its Final Rule requiring trucking companies to use electronic logging devices (ELD). Here are some details from the press release:

The four main elements of the ELD Final Rule include:

The rule will take full effect on December 16, 2017, so trucking companies have two years to become compliant. Many large carriers already use ELDs, but many small carriers, which represent the vast majority of the market, do not. The big question, especially for shippers, is whether this will have an impact on capacity. The answer depends on how much existing capacity is running illegally right now, which nobody knows for sure. If there will be an impact, it will come in late 2017 as the compliance date nears.

Finally, on the transportation management systems (TMS) front, MercuryGate announced a partnership with HubTran, a cloud based provider of back-office automation and document management for transportation companies. According to the press release:

MercuryGate is fully integrated with HubTran, which can recognize, sort and organize transportation documents such as invoices, bills of lading, proof of delivery and other supporting documents. HubTran uses advanced machine learning algorithms and optical character recognition to discern and extract critical information from these documents.

Also this week, SAP announced the general availability of the 9.3 versions of its SAP Transportation Management (SAP TM) and the SAP Extended Warehouse Management (SAP EWM) applications. Here are some details from the press release:

These latest releases strengthen the integration between logistics processes by introducing transit warehousing features for service providers that tightly integrate warehousing and transportation at logistics hubs. This allows for faster logistics and order fulfillment, and enables improved asset utilization for greater efficiency and reduced cost.

SAP TM 9.3 has been extended to support the transit warehouse scenario, partner-integrated customs and security filing software for logistics service providers. The application also introduces group company logistics software, which can set up internal logistics operations to act like a service provider. Further enhancements include strategic freight management, load and pallet building as well as resource planning integration for better visibility and planning of the container fleet.

Is the TMS market becoming barbell-shaped too? Meaning, are we seeing the market move in opposite directions, with some solutions becoming broader, more integrated, and feature-rich (multi-mode, multi-geography, complex optimization), while others are becoming simpler by offering more limited capabilities, but with a stronger focus on ease of use, faster deployment, and the SMB market? I’ll share my thoughts in a future post.

Song of the Week: “Molecules” by Atlas Genius