Quintiq’s CEO Rob van Egmond referenced that quote by sociologist William Bruce Cameron in his keynote presentation at Quintiq’s World Tour 2016 event in London a few weeks ago to drive home an important point: the reason most companies are in the “trough of disillusionment” when it comes to Big Data is because data by itself doesn’t deliver value; it’s the ability to make Big Decisions that matters most today, which is enabled by transforming data into information and knowledge and combining it with analytics, optimization, and decision-support capabilities.

“It’s not only about having Big Data and analyzing it; it’s about making sure you take the output of Big Data and analytics to make better decisions with it,” said Mr. van Egmond in a video interview I conducted with him at the event. “Companies need to go from Big Data to Big Decisions, and they need to make sure they’re making smarter decisions instead of just having a lot of data.”

Part of the challenge, of course, is that companies don’t have all the time in the world to make decisions. Today’s rapidly changing business environment is forcing companies to make smarter decisions faster, which is why dynamic optimization capabilities are becoming more important, with same-day delivery a perfect example (see Delivery Demand Shaping: A Key Element in Enabling Profitable Same-day Delivery). Cloud computing and social networking capabilities are also playing an important role, as Mr. van Egmond explained:

The cloud allows for larger data aggregation and much more computing power, and it also allows companies to solve complex supply chain puzzles from anywhere — not only in the office, on premise, but also using mobile devices from anywhere in the world. So, people don’t have to be physically together to make a decision, they can be across the world using the power and availability of the cloud.

I also asked Mr. van Egmond about the theme of the conference, “Rethink Your Optimum,” which based on the large turnout at the London event, seems to have resonated with the attendees. “A lot of companies are still wondering if they’re doing the right things [in response to all the changes occurring in their industry],” said Mr. van Egmond. “We believe companies should revisit the way they do business — that is, rethink their optimum every now and then — not only to make sure their supply chains are optimized, but also to make sure they are remaining relevant to their customers and meeting their expectations.”

I touched upon this concept of optimum performance in my presentation at the conference, where I defined it as follows: 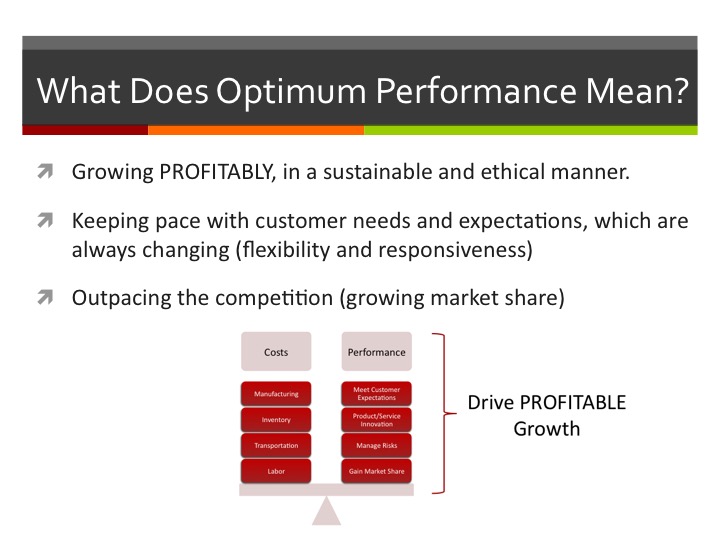 I also shared my recommendations on how to achieve optimum performance: it requires companies to truly “walk the talk” on breaking down functional silos, collaborating (instead of just cooperating) more effectively with trading partners, developing win-win business relationships, and from a technology standpoint, moving beyond ERP and spreadsheets to make smarter decisions faster. 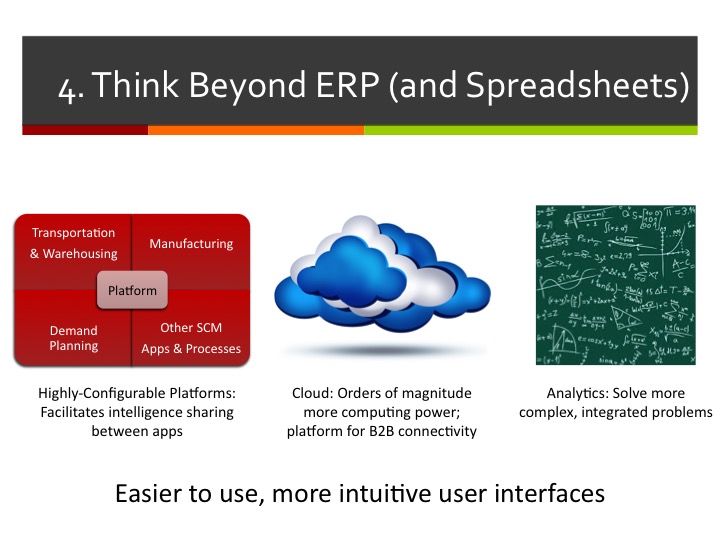 I encourage you to watch my interview with Mr. van Egmond for additional insights on this topic, including how going from Big Data to Big Decisions is playing out in workforce planning, logistics, and manufacturing.

I’ll conclude with the three questions the conference attendees were asked to explore:

And here’s what I learned from the conversations I had with the attendees and the Quintiq customers who also presented, including John Bell, Head of UK Airports at Virgin Atlantic Airways (see video interview): If you’re not confident in the accuracy and timeliness of your data, if you lack effective decision-making tools and processes, and you haven’t evaluated your operations in a long time, then you’ll remain trapped in the trough of disillusionment, you’ll always fall short of reaching your optimum, and worst of all, you’ll cease to remain relevant to your customers.