Machine learning and artificial intelligence (AI) are at their peak. Unless you’ve lived in a cave the last three years, you probably have read many articles about cool applications of artificial intelligence. For example, you probably heard about how a machine learning algorithm allowed the machine to beat the best humans in Go or in Poker in the past year. Those achievements were deemed nearly impossible only a couple of years ago and yet they happened. Now most car manufacturers and a few tech companies are working on self-driving cars. What’s next?

We also see that major computer science companies are investing heavily into the field. Two weeks ago, we learned that Samsung is planning to invest $1B in AI. In 2016, big tech companies bought nearly 40 AI startups. It seems a big wave is sweeping all the tech companies and that every software should incorporate AI.

How is machine learning going to affect sales and operations planning (S&OP) solutions? Are we facing a revolution of S&OP? Is it only a marketing bubble that will explode as fast as it came? What are concrete examples of machine learning intervention in S&OP?

One algorithm to rule them all

While machine-learning techniques were already present since the 50s, it really drew attention in the past 5 years with the rise of a special kind of machine learning called deep learning. Without going into too much detail, deep learning is a special kind of neural network that leads to concrete improvements in many applications especially in speech or image recognition, and in natural language processing.

So will S&OP be influenced by machine learning? To answer this question, we’ll need to come back to why this methodology was created in the first place. What is S&OP really about? In my opinion, S&OP ensures we make the right decisions for the company — at the right moment — by aligning demand and supply, and making sure the company objectives and budget are attained (if not surpassed).

If we come back to our medical application of AI to predict future treatment, is it not the same scenario? Could we imagine having a twin of Watson, looking at the symptoms of a company, its stock levels, demands and capacities, and then propose the best remedy for attaining its goals?

How would this work? We could, for example, record and analyze the current and past state of the company with the current forecasted demand but most importantly, the decision taken at a certain time. We would then train our machine-learning algorithm with reinforcement learning techniques by providing the financial state of the company a few months later.

In this situation, we would have a machine-learning algorithm trained to evaluate what would be the financial outcome in X months of a decision taken today. This would be the ultimate form of evaluating what-if scenarios and making decisions in a company. Ignore optimization, planning, modeling and all of those complex operations you need to perform in order to evaluate the consequences of a decision. Like Jarvis in Iron Man, we would have a super computer, a chatbot, speaking in the S&OP executive meeting and giving the most likely outcome of a decision, taking into account the current state of the company and past consequences of decisions taken. Just trust the machine!

Well, some readers might start to feel appalled now with this ideal situation. Unfortunately, this is probably not for tomorrow and here’s two reasons why:

First, most companies probably do not have all the data at hand. From my experience with many companies, it’s already not easy to provide clean data to run a normal S&OP. The data is often scattered in many different systems and needs cleaning-up. Moreover, one thing that we need and is not recorded currently in a structured is the decisions taken in S&OP meetings and their consequences a few months later. If a company would like to implement an advanced technology as described above, they should start recording formally that information starting now in order to use it in a couple of years.

Even if we did not have this data already available, the set would probably be too small to train a high-performing, machine learning algorithm for many companies. We would need a big dataset to stabilize the neural network that could answer accurately in many very diverse cases. Therefore, we would likely need a big company with the capacity to evaluate many possible decisions in their regular S&OP, focusing first on a subset of decisions to be evaluated.

That said, is machine learning still going to enhance our classical S&OP? The answer is yes! I truly believe that there are many other ways we can use machine learning to boost S&OP significantly. I will share a few examples in my next post. 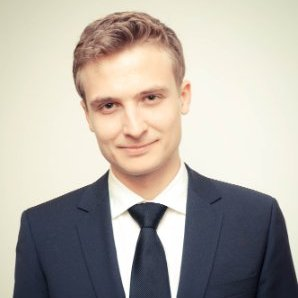