In case you’ve ever wondered if it’s possible to get lapped while skiing, the answer is yes. 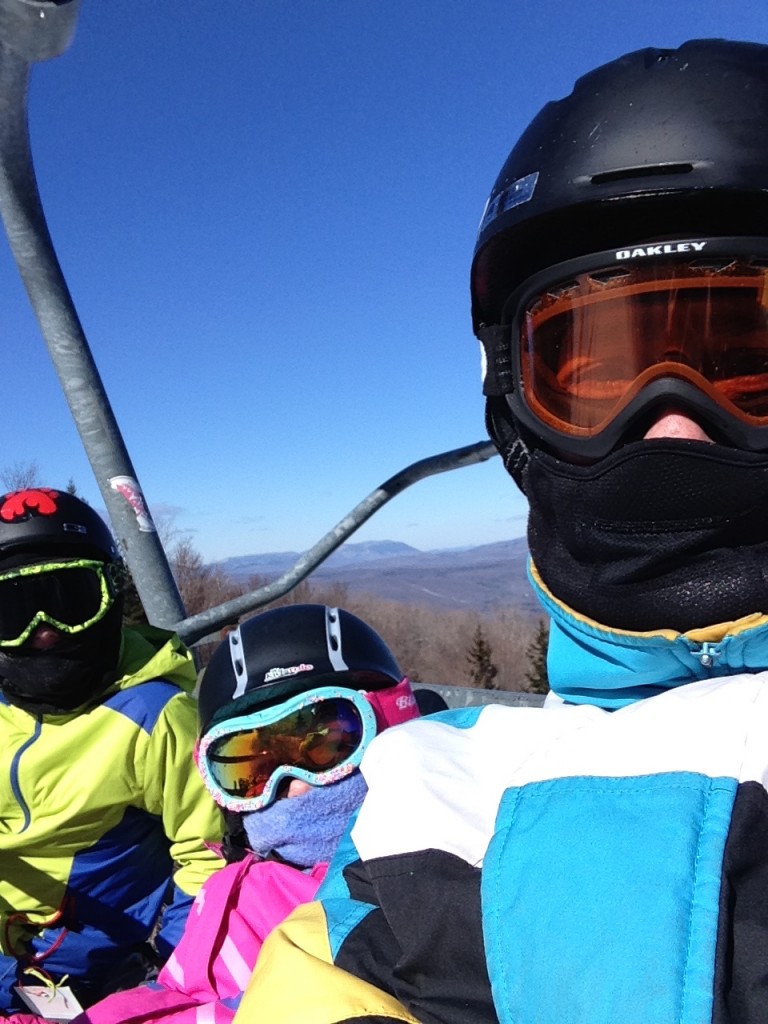 I still can’t explain how it happened. I could blame my skis, which are rentals, and like many things borrowed, they might have a damaged history we know nothing about. My wife blames my colorful ski jacket, which I’ve had for almost 30 years, but I know this is her way of getting me “out of the 80s” and into a new jacket, a North Face or Patagonia perhaps, but everybody knows that there’s no correlation between style and speed. Or maybe, for reasons unknown even to Einstein, the laws of physics and acceleration apply differently to me.

Whatever the cause, the effect remains the same: I was lapped while skiing.

Moving on to this week’s supply chain and logistics news…

Delivery continues to dominates the news, with (surprise, surprise) Amazon leading the way again this week. According to Reuters, the company is starting to use its Amazon Flex drivers to deliver Amazon.com orders too. Here are some more details from the article:

Three Flex drivers in northern Texas told Reuters they received an email in recent weeks from Amazon inviting them to take part in a new “opportunity to deliver Amazon.com orders,” separate from existing Prime Now deliveries.

An Amazon spokeswoman confirmed on Wednesday that Flex drivers in Texas are already delivering Amazon.com packages and not just Prime Now orders. The Seattle-based company did not go into details of its plans, but said it will “explore new ways to provide customers with faster service and delivery partners with more opportunities.”

If you already have the resources available, in this case drivers and their vehicles, why not use them to the fullest extent possible? That’s exactly what Amazon is doing here.

Meanwhile, Google is getting into the grocery delivery business too. According to the Wall Street Journal:

Google said it would begin delivering produce, meat, eggs and other perishable goods on Wednesday in parts of San Francisco and Los Angeles. The service is part of Google Express, which partners with retailers in some U.S. cities to deliver goods to consumers within hours of an order.

Google said it is making some changes to its current delivery operation to accommodate fresh groceries, such as reducing customers’ delivery window to two hours from four.

That last point, about Google reducing delivery windows from four hours to two, implies that Google is using dynamic optimization and delivery demand-shaping capabilities. If not, the company is setting itself up for increased costs and service failures.

Two of my supply chain and logistics predictions for 2016 were that companies will start focusing more on improving their workforce planning capabilities and that blockchain technology will make its debut in supply chain management. Two news items this week help validate these predictions.

First, as reported by Reuters, “Wal-Mart Stores said on Wednesday it would start offering fixed shifts and unveiled other details of planned scheduling changes aimed at retaining and motivating its rank-and-file workers. The changes are designed to offer employees greater control over their schedules, addressing an issue that has been a focus of labor activists who say retailers give little notice on shifts and generally exert too much control over worker hours.”

Second, IBM announced that it has made “nearly 44,000 lines of code available to the Linux Foundation’s open source Hyperledger Project to help developers easily build secure distributed ledgers that can be used to exchange most anything of value.” The company also launched IBM Garages for blockchain app design and implementation. As described in the press release:

To help accelerate the design and development of blockchain applications, IBM Garages will open in London, New York, Singapore and Tokyo to enable IBM experts to collaborate with developers on the design and implementation of blockchain for business. IBM Global Business Services will also expand its blockchain consulting practice for clients in banking and financial services and logistics.

Notice that “logistics” was specifically called out in the press release. Simply put, if you’re a supply chain or logistics software vendor and you’re not paying attention to what’s happening with blockchain technology, you might get disrupted in the future.

Speaking of technology, Elemica introduced Elemica Track this week, “a mobile application that provides visibility into shipments transacting through Elemica’s Enhanced Transport Visibility solution.” Here are some more details from the press release:

Elemica Track gathers rich, quality data from across the network and presents it on mobile devices in an easy-to-view, easy-to-use format. Users can search for shipments by status – whether open, confirmed, in-transit or delivered – by order numbers, or by company name. The application provides simple navigation for shipments as users can easily swipe through pickup and delivery stops, see products and quantities in-transit, watch shipments progression, and specify desired timeframe from one week to months out.

As I commented in the press release, there’s been an uptick in the development of new supply chain mobile applications over the past year, coinciding with the growing need for supply chain professionals to have ‘anytime, anywhere’ visibility to supply chain activities in order to make smarter decisions faster.

Finally, in 3PL news, OHL announced that it has expanded its Transportation Management offering to include Freight Consolidation Services, which involves “combining less-than-truckload (LTL) freight across multiple customers into a single truckload (TL) shipment, which is then distributed to a retailer’s distribution center.” According to the press release:

OHL’s network of more than 120 fulfillment centers, collectively known as campuses, are located in optimal locations for freight consolidation and serve as OHL’s consolidation centers. With freight shipping at a truckload rate, customers participating in OHL’s Freight Consolidation Services have seen cost savings up to 10-15% over traditional less-than-truckload.

As retailers continue to put cost pressures on suppliers, driven by consumers putting cost pressures on them, the quest for transportation cost savings is never ending, even in today’s market with low fuel prices and available capacity. Like many 3PLs, OHL is keeping its foot on the pedal to help shippers meet their cost and service objectives.

Song of the Week: “Daysleeper” by R.E.M

PrevPreviousThe Top 5 Reasons You Need a Transportation Sourcing Solution
NextRipped from the Headlines: Supply Chain Trends in the NewsNext