Happy New Year! I hope everyone had a fun and relaxing holiday.

2017 started right where 2016 left off: with plenty of supply chain and logistics news. Below are the headlines that caught my attention this week. But before diving in, any guesses as to what this routing map is all about? The answer is at the end. 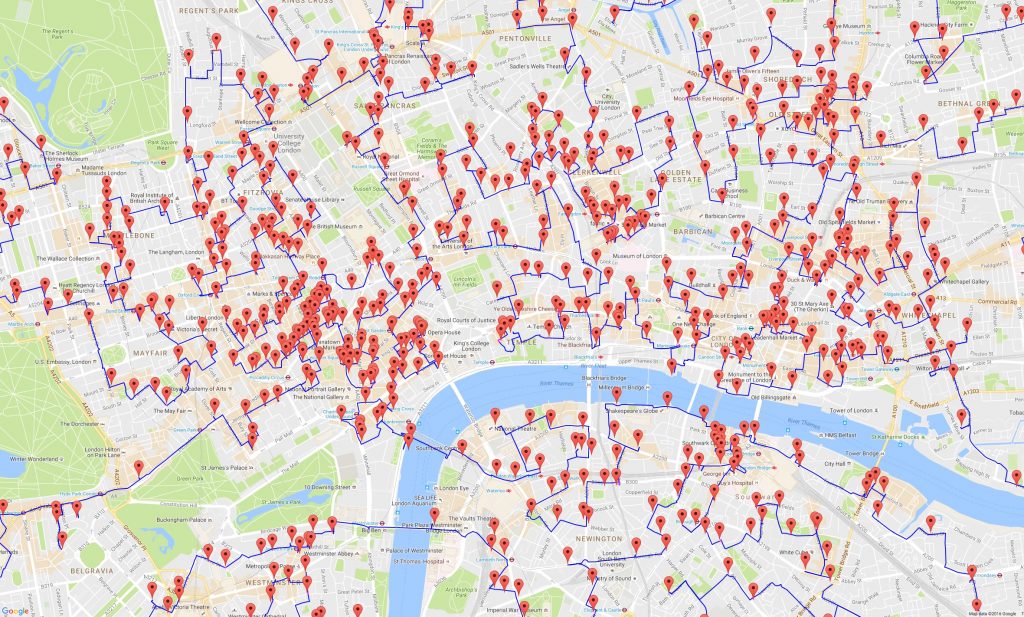 Right before Christmas, Descartes announced that it had acquired Datamyne, a leading provider of cloud-based trade data content solutions for customers to analyze import and export trade activity, for about $52.7 million in cash. According to the press release:

Datamyne, primarily operating in the U.S. and South America, collects, cleanses and commercializes logistics trade data from over 50 nations across 5 continents, including key markets in North America, Latin America, Asia, Africa, and the European Union. More than 100 million records are gathered each year from official filings with customs authorities and trade ministries. Subscribers use Datamyne’s web-based solutions and business intelligence tools to augment, speed up and simplify trade data research, and to shape global marketing, prospecting, and sourcing strategies.

This acquisition builds upon several others Descartes has made in recent years related to trade content, and if I could add a corollary to my prediction that we’ll see more deals and investments related to supply chain operating networks this year, it would be that Content — that is, data sets related to trade, products, regulations, demand, supply, economics, traffic, weather, market rates, and anything else that is either required or helpful in planning and executing supply chain processes — will become as valuable as Code (software) for network providers and investors.

Of course, Amazon continues to make the headlines. As reported by Business Insider, Amazon is joining a host of others trying to disrupt the brokerage industry:

Amazon is building an app that matches truck drivers with shippers, a new service that would deepen its presence in the $800 billion trucking industry, a person with direct knowledge of the matter told Business Insider.

The app, scheduled to launch next summer, is designed to make it easier for truck drivers to find shippers that need goods moved, much in the way Uber connects drivers with riders. It would also eliminate the need for a third-party broker, which typically charges a commission of about 15% for doing the middleman work.

The app will offer real-time pricing and driving directions, as well as personalized features such as truck-stop recommendations and a suggested “tour” of loads to pick up and drop off. It could also have tracking and payment options to speed up the entire shipping process.

And then there’s the news that Amazon was issued a patent for what it calls “airborne fulfillment center utilizing unmanned aerial vehicles for item delivery” — in other words, warehouses in the sky held aloft by blimps with drones doing pickups and deliveries. 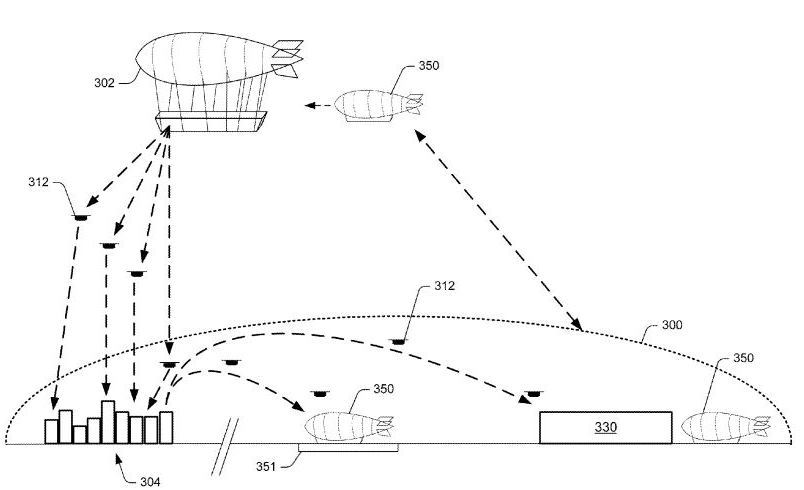 As reported by TechCrunch:

The airborne fulfillment centers, or AFCs, would be stocked with a certain amount of inventory and positioned near a location where Amazon predicts demand for certain items will soon spike. Drones, including temperature-controlled models ideally suited for food delivery, could be stocked at the AFCs and sent down to make a precise, safe scheduled or on-demand delivery.

What to make of all this news? Well, with regards to Amazon’s “Uber for trucking” app, it’s interesting to note that Uber itself officially launched UberFreight right after Christmas. There isn’t much info on the homepage, but I like tagline and it’s double meaning: “We’re in for the long haul.”

No doubt, Amazon, Uber, and several other startups are forcing entrenched players in the industry to “up their game” with regards to technology. Yes, it takes a lot more than a mobile app to succeed in the transportation industry, but because of their resources and brand strength, you have to take Amazon and Uber seriously. Their success or failure will ultimately depend on whether shippers and carriers take them seriously too, and whether they provide a better value proposition than the status quo. For related commentary, see Are Today’s Transportation Tech Startups the Uber of Trucking or the Tinder of Trucking? and Amazon: Disruptor or Distraction?

In the world of logistics and ecommerce, Reuters reported that “Maersk, the world’s largest container shipping line, has teamed up with Alibaba to allow customers to reserve space on its vessels through the Chinese company.” This news underscores another of my predictions for 2017 — that the convergence of commerce and logistics will continue. As the article states:

Shippers traditionally go through freight forwarders to book space for goods on container vessels, but lines such as Maersk are allowing cargo owners to book directly via the internet. For their part, e-commerce companies are increasingly venturing into logistics activities to try to gain better control over their supply chain networks.

If this first week of 2017 is any indication, we’re in for another fun and wild ride in the industry this year.

Finally, the answer to the map question: it’s the shortest possible tour that visits all 24,727 pubs in the UK and returns to the starting point. This proves, yet again, how great minds and optimization technologies can solve the most pressing questions of the day. File under “traveling salesman beer drinking game.” You can read all about the research here: http://www.math.uwaterloo.ca/tsp/pubs/index.html

Song of the Week: “I’ll Be Around” by The Growlers